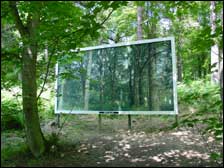 Two generations of the leading lights of the folk world come together for a one off show at Hebden Bridge’s Folk Roots Festival in November.
Steve Tilston, who’s songwriting was praised by John Lennon, will be joined on stage by Becky Unthank , who with her sister Rachel fronts the hugely successful Unthanks who have taken the folk world by storm over the last four years.

“I’m really excited by this opportunity to perform with someone of Steve’s calibre, just a short walk from home” said Becky who moved to Hebden Bridge two years ago.

The event will be held at the Trades Club from noon to 10pm on Saturday 19 November, followed by a late night show at the Trades Club.
Also performing will be Chumbawamba, Ewan McLennan, French singer Flossie Maliaville and the Bard of Calderdale Roger Davies. “It’s quite an exciting line up,” says organiser Dave Boardman, “and about time Hebden Bridge had a folk roots festival of this quality. There’s all Yorkshire based and will show the world not just how creative Hebden Bridge is but the quality of music available across the county.

“It’s also really good to have people like Becky and Steve living nearby and a great chance to bring them together on stage. I hope to have a unique collaboration each time we do this festival, which with luck will soon become part or the festival calendar locally and nationally”. Finding the time to collaborate is not as easy as it sounds. Steve is constantly in demand up and down the country and Becky is about to embark on a national tour with The Unthanks and the Brighouse and Rastrick Brass Band before The Unthanks Christmas tour, which will bring them back to the Picture House in early December.

There are also plans for a local musicians’ showcase and other performers yet to be announced. The newly created Hebden Bridge Folk Roots festival is also looking for volunteers to help run the festival, anyone with website skills esp[ecially should contact Dave Boardman.

The events is supported by Hebden Royd Council and The Woolshops, Halifax.

Update: The venue has changed to the Trades Club