Miss Rusty Appeal Ruling: Employment Tribunal failed to give reasons for their decision. 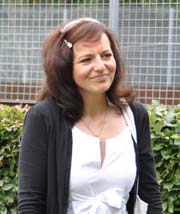 An Employment Appeal Tribunal has agreed that the Tribunal hearing in Leeds earlier this year failed to give proper reasons for its decision. The Leeds Tribunal had made 2- decision against Ms Rustamova, with the Chair disagreeing.

Leonora Rustamova (aka "Miss Rusty"), a popular Calder High teacher, was sacked in 2009 following her writing a book Stop: Don't Read This for a class of reluctant teenage readers.

See the HebWeb Feature to follow the story as it unfolded on the HebWeb and nationally.

The Employment Appeal Tribunal was held at Audit House, Victoria Embankment, London and heard by a panel of three. Judge Birtles, a well-established circuit judge, chaired it. All three had read the papers in the case before the hearing began.

Matthew Pascall, Ms Rustamova's barrister at the tribunal presented the arguments for on her behalf. He carefully went through the case law relied upon and then explained that the grounds of appeal were mainly the lack of sufficient reasons given by the majority in the tribunal judgment.

The Tribunal in Leeds had stated that the CHS governors were entitled to take a serious view of Ms Rustamova's conduct and that the sanction of summary dismissal was reasonable but had not clearly explained their reasons for arriving at those conclusions.

Mr McGrath obviously argued against the appeal but the Employment Appeal Tribunal agreed with Ms Rustamova's counsel that the majority should have addressed and analysed each of the six specific allegations of failing to meet the standards of a professional teacher made against her, found by the governors to be proven and justifying her summary
dismissal, eg "demeaning or undermining pupils, parents and colleagues".

Those six allegations were set out in LRs letter of dismissal and yet they were not analysed by the tribunal. They should have looked at each of the six in terms of whether they amounted to gross misconduct and then as to whether the governors had reasonable grounds on which to believe
she was guilty of such misconduct.

The Employment Appeal Tribunal also agreed that the tribunal had not given sufficient reasons as to why summary dismissal was an appropriate
sanction.

So most importantly, the Employment Appeal Tribunal agreed with Ms Rustamova's counsel that the Tribunal had not given sufficient reasons for their decision that her dismissal was fair.

They are sending the case back to the original tribunal to reconsider in light of their comments. No further evidence will be heard but counsel for each side will be expected to make further submissions. It's open to the Tribunal to change their decison on that occasion.

Guardian Northerner - on "latest chapter in teacher Leonora Rustamova's fightback . . . the judge asked why no-one had a list of the allegations and he said it was like Stalinist Russia." (5 Nov 2011)

HebWeb Feature - Don't Read this - the sacking of teachers Leonora Rustamova and Steve Cann. The story as it unfolded on the HebWeb and nationally.

HebWeb coverage of the sackings of Leonora Rustamova and Steve Cann

Stop! Don’t read this - the story by Leonora Rustamova will be available this week from local bookshops and online from Amazon