RECENT AND PAST EVENTS - what you've been to - or missed. Hundreds of previous events from the past 12 years

Accessible Venues guide - a brief guide to which venues are accessible to disabled people.

in Hebden Bridge and the surrounding area

Coronavirus: Please check with organisers to be sure the events haven't been cancelled - the HebWeb will update listings as and when we receive info.

Past events: While we're still socially distancing, why not check out some of the hundreds of incredible events which have been listed on the HebWeb over the past few years:

Broadcasting to you live from Hebden Bridge. Tune in from 2pm Saturday 16 January at www.recycleradio.co.uk/ for more radio fun, tunes, local acts and to make a connection with your community.

Find us one Social media for live updates and to get in touch with us:

Listen again to past shows here

To get involved please email recycleradio@yahoo.co.uk

Travelling Coast to Coast in a wheelchair called ‘Harriet'

Deborah North, Intrepid Wheelchair Walker, Speaks to Todmorden U3A on the 21st January at 2 pm with her Zoom talk entitled, “Travelling Coast to Coast in a wheelchair called ‘Harriet'”.

In 2008 Debbie, a dedicated fell walker and head teacher from Louth, was diagnosed with a chronic degenerative spine condition. She retired in 2011 and took up fell walking again,  but this time in a wheel chair, but a very special wheel chair that she named Harriet. 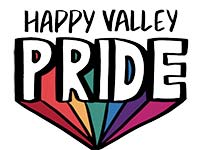 HORSE is an iconic and utterly unique singer/songwriter, her voice described as 'a finely honed instrument', together with 'breathtaking stagecraft'. Her music is both moving and uplifting, the audience are totally absorbed whenever she performs.

"owns one of the finest voices of modern times, soul and intelligence combined" Q Magazine

The live performance will be followed by a Q&A.

The History of Social Housing in Heptonstall

2019 marked the 100th anniversary of British social housing, a revolution in house-building that remains as testament to a democratic drive to enable working-class people (especially those 'Heroes' returning from WWI) to live in healthy, affordable, family-friendly communities. Heptonstall has one such planned estate, whose history offers up some fascinating insights into modern housing and its inhabitants.

Dr Mary Ellen calls herself a cultural historian. She was Head of English at a Norfolk school before moving to Heptonstall. She has lived in the area for five years now and has immersed herself in its local history and landscape. She was a founding member of the Heptonstall Historical & Heritage Society and played Colonel Robert Bradshaw in last year's production of 'The Battle of Heptonstall'.

Cllr Andrew Cooper is Green Party candidate for mayor of West Yorkshire in the May 2021 elections. He will be speaking on "A Green Building Fund for West Yorkshire" on Tuesday 2nd February at 7:30 pm.

by Monday 1st February to request it.

This talk is designed to complement an exhibition planned by the Local History Society on the subject of "Who Built Hebden Bridge?" It will concentrate on the area known as "The Croft" between Commercial Street, New Road and Bridge Gate, which was an open field until the 1860s. It eventually encompassed many of the town's most important and iconic buildings including the Co-op Hall, Hope Chapel, the library, mills, pubs, clubs, a bank, a surgery, a wood yard, nurses home, police station, lodging houses, numerous shops and a reservoir!

Michael Peel has lived in the Calder Valley all his life, firstly at Blackshaw Head, Edge Hey Green and more recently in Sowerby Bridge. He was a senior reporter for the Hebden Bridge Times, the Todmorden News and the Halifax Courier for 40 years. He has had a life-long interest in local history and has been actively involved with Hebden Bridge Little Theatre since he was a teenager.

John F Bateman, born 1810, from the Moravian settlement in Lower Wyke, Halifax, revolutionized Britain's reservoir infrastructure and the science of data around geography and rainfall, as well as establishing procedures for structural design and control of flow between and from linked reservoirs. Responsible for more than twice the reservoir projects than those of his nearest rivals, Batemen started in Manchester then established offices in London in order to consult world-wide.

The three Upper Calder Valley projects (Widdop, Walshaw Dean and Gorple) were all designed by Bateman. He enjoyed the common touch with contractors, engineers, landowners, industrialists and Parliamentary regulators alike, never losing sight of the needs of the people, while rising to pre-eminence in his field and in public life. There's a lot to tell about the water that comes out of Calderdale's taps.

Dr Michael O'Grady is a Senior Lecturer and Course Leader in Web and Digital Media in the Department of Computer Science at the University of Huddersfield. He is currently mixing his interest in local history, a past career in civil engineering and the day-job (digital visualisation) to investigate the processes and details of building the six reservoirs at Widdop, Walshaw Dean and Gorple valleys.

Lloyd George, Spanish Flu, and the 1918 General Election in the Calder Valley

In September 1918, Lloyd George fell ill in Manchester Town Hall, and spent a week in the Lord Mayor's Parlour. Despite his illness he managed to intervene in the major industrial dispute in the cotton industry. He returned to London for further recovery, to plot the end of the war and a general election. The latter posed a particular problem given the nature of his coalition.

The 1918 General Election saw the Labour Party leave the government and fight independently, while only a minority of Liberal candidates had Lloyd George's support, unlike a majority of Conservative candidates. The election in the Calder Valley was unusual in that when the Liberal candidate, Higham, got Lloyd George's support, much to the surprise of local Conservatives, the Conservative candidate, Simpson-Hinchcliffe, was forced to retire. Then a new candidate emerged. Major Barker was a 'soldiers candidate' though clearly an independent conservative. Labour also had a candidate for the first time: J W Ogden, a leading cotton trade unionist and President of the TUC in 1918.

The Calder Valley illustrates many of the key issues of the election but in an unusual context, as well as future trends.

Alan Fowler taught economic and social history at Manchester Polytechnic and Manchester Metropolitan University for 40 years. He has given many memorable talks to the Society.

Change to the original programme

Around the UK in Classic Railway Posters 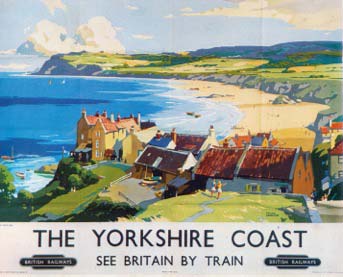 The “golden age” of the railway poster was probably between the wars, but the poster as we know it evolved from humble beginnings in the 19th century, and improved with advancements in colour printing, before declining with the formation of BR. The railway companies used the skills of well-known artists of the day to create the posters, and we shall see many examples of their work.

Jane Ellis is actively involved with the Industrial History Section of Yorkshire Archaeological & Historical Society, and has been running the Yorkshire branch of the Railway Ramblers’ Club for over 25 years. She is also secretary of a Photographic Society in Leeds.

Past events, as listed on the HebWeb