Hebden Bridge a "GREAT TOWN" Ian McMillan writes poem about Hebden Bridge which has won the 'Great Town Award' given by The Academy of Urbanism. Hebden Bridge has previously been voted the 4th funkiest town in the world and the UK town with most local identity. Read More - 20 November 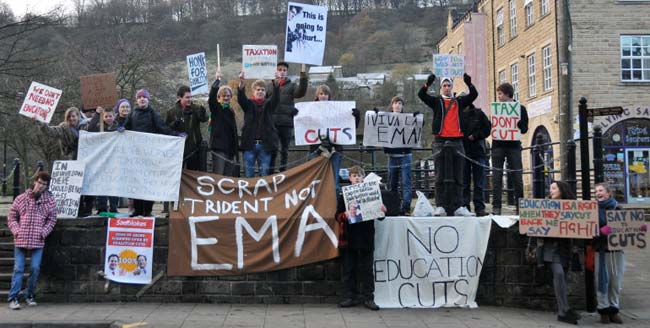 TOWN HALL PLANS - Andrew Bibby of the HB Community Association replies to belated criticism from Nick Wilding and others re plan to demolish rear extension of Town Hall. HebWeb Forum

HX7 Jazz is back on Thursday November 25th with Troyka: an extraordinary trio featuring Kit Downes - a short-listed nominee for the Mercury Prize - Read more 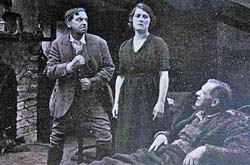 HELEN OF FOUR GATES to show again next month. After the great success of the showing of Helen of Four Gates in June, there is going to be another rare opportunity to travel back in time and watch Hebden Bridge's famous lost 1920 film. Read More - 1 Nov 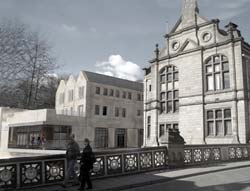 TOWN HALL PLANS GET GO AHEAD - plans to extend the Town Hall have been given consent by Calderdale councillors at last night's planning committee, paving the way for major new community and civic facilities, as well as opening up the river Hebden waterfront for a new public square. Read more - 27 October

Walk for Wainsgate - more info and photos from Geoff Matthews 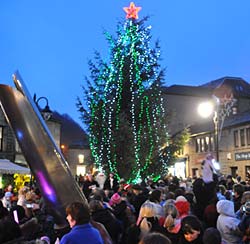 Remembrance Sunday - YouTube video of the parade in Mytholmroyd, thanks to the Mytholmroyd Net

Bridge Multimedia Magic - part of the Hebden 500 season. From magic lantern slides to a digital projector, technology that bridges the centuries will bring history to life this month. Read More - 11 November

Calendar Girls in Boxing Gloves The latest Calendar Girls style calendar is about to hit the streets of Hebden Royd after the launch event at the Trades Club on Fri 5th Nov, this time featuring women in boxing gloves. Read More - 1 Nov

Banner Exhibition - Artist Andrew Turner, who is setting up home in the upper Calder Valley, is staging a remarkable exhibition at the National Coal Mining Museum at Caphouse. On Saturday, November 6, the exhibition will be coupled with an afternoon concert by Will Kaufman, from Hebden Bridge.Read More - 1 Nov

The Guardian's Martin Wainwright writes to say how much he enjoyed "meeting an audience which was well up to, and beyond, my high expectations of your famous and lovely town" - read message

THESE HEELS ARE MADE FOR WALKING - The White Ribbon Campaign is men working to end male violence against women. This Charity Walk is part of White Ribbon Week and the lead up to White Ribbon Day on the 25th November. Read more - 28 October

PICTURE HOUSE THREAT - A consortium of local organisations has begun discussions with senior Calderdale council staff over ways in which the cinema’s long-term future can be secured. Read more - 21 October

Coalition Government's Spending Plans are a 'Body Blow' for Calderdale, say Labour. Cllr Swift has told the HebWeb that the Government's plans to go all out for big cuts could see over 1,000 people lose their jobs. Read more - 25 October

Hebweb upgrade - read about the update to this site, and how it would not have been possible without Ariadne

Police And Community Report - details of crimes and concerns around Hebden Bridge, including anti-social behaviour and police priorities. Read more

Popular Hebden Bridge musician, Steve Tilston has revealed the contents of a letter John Lennon sent him, giving advice, in 1971 but which he didn't actually receive for another 34 years. See this BBC news page 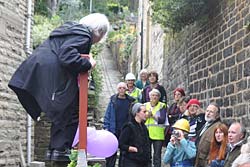 Ian Coates in the Ukraine, still riding round the world on his Honda - "I told my wife I was going for 4 months in 1999 and I am still riding". See HebWeb Feature for latest. 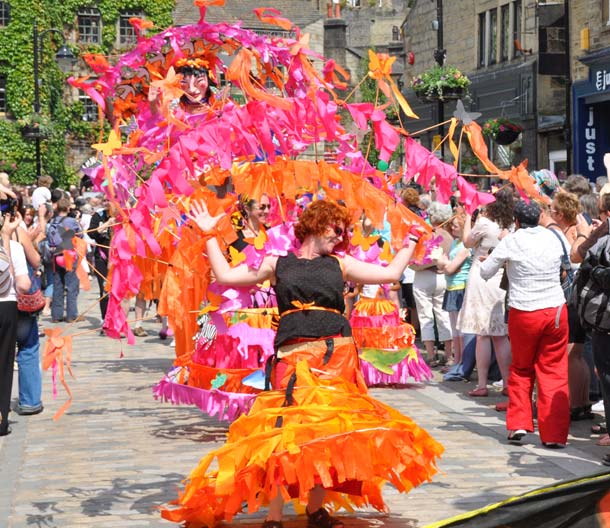 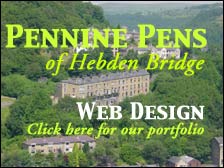